In the 25m Pistol Women Junior Final event of the 52nd ISSF World Shooting Championship, the 19-year-old Wang Xiaoyu, an undergraduate student from Law School, Fudan University, won the gold medal, and made herself the second world champion trained in and cultivated by the Fudan University Shooting team after Mai Jiajie, an undergraduate student from the School of Journalism, won the gold medal in the Pistol Men event in the 2015 International Shooting World Cup. 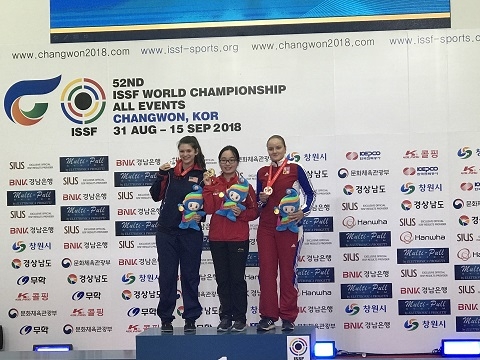 It is worth mentioning that this is the first time Wang Xiaoyu has participated in the ISSF World Championship. She shot consistently throughout the whole final, especially in the second half of the game. Distancing herself from United States’ 17-year-old Katelyn Morgan Abeln after firing four fantastic series at the end of the match, Wang finally won the championship with an overwhelming advantage. And the bronze medal was won by Anna Dedova from Czech Republic. 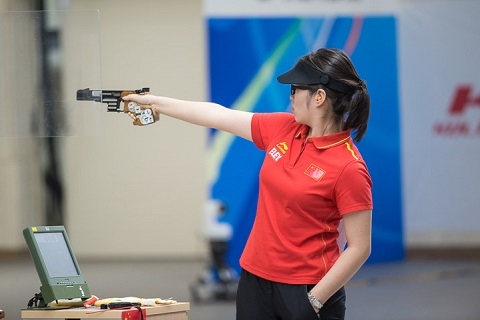 The ISSF World Shooting Championship is a high standard shooting competition hosted by the International Shooting Federation. It was founded in 1897 and is held every four years from 1950. The World Shooting Championships were held in Changwon, South Korea, this year. And the event has included 53 men’s sports and 14 women’s sports. In addition, the International Federation of Shooting also holds other single sport championships for clay pigeon shooting and moving target air rifle in the years when there are no Olympic shooting events.