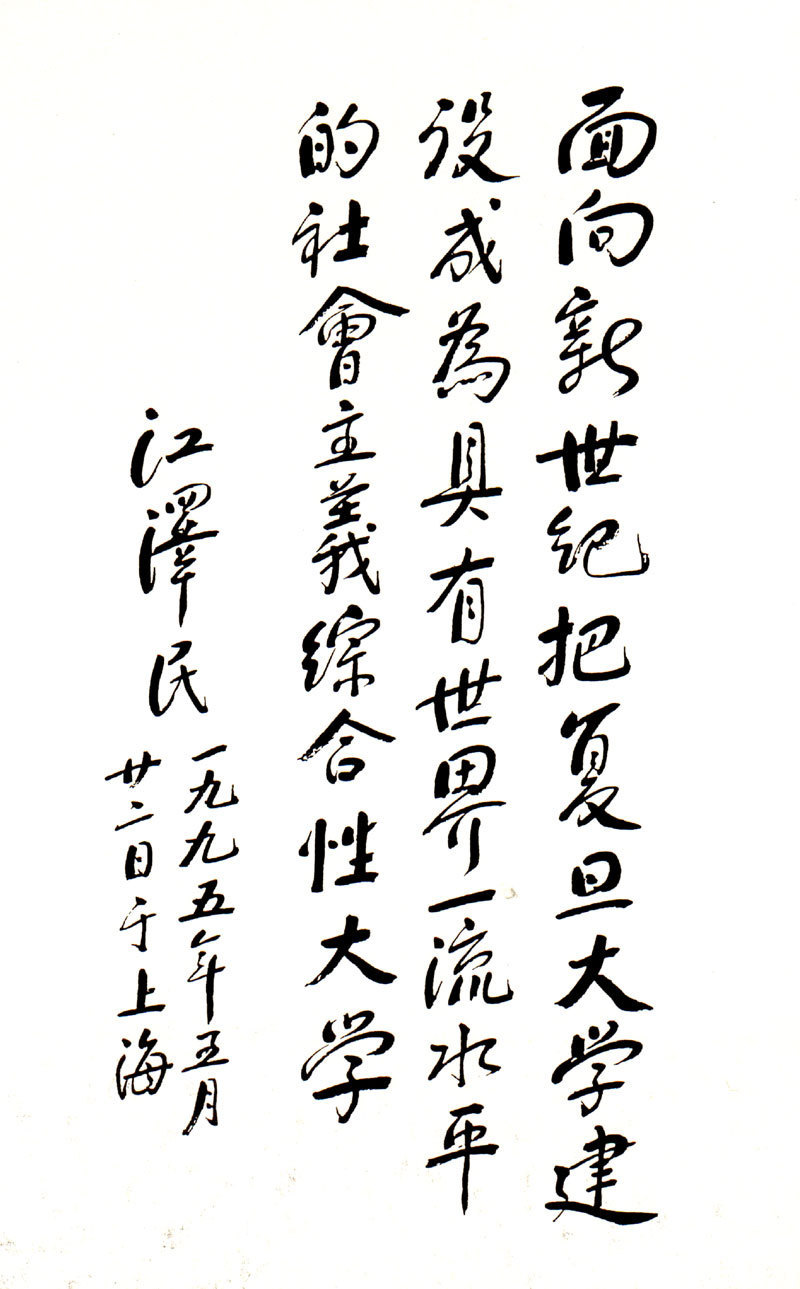 After the outbreak of the war of resistance against Japanese aggression, teachers and students were forced to migrate to Beibei area in Chongqing and build by the Jialing river bank a wartime campus composed of over 20 academic departments across the five faculties: Arts, Sciences, Law, Business and Agriculture. A small number of teachers and students stayed back in Shanghai and formed the Shanghai Tutoring Department, adhering to the Three Don’ts Principle, namely don’t report to, accept funding or be interfered by enemies, to maintain their national dignity. In 1942, Fudan University was nationalized and resources available for running the university were greatly improved. Prominent teachers gathered here and offered their wisdom to the university, making Xiaba where Fudan was located an intellectual-brimmed town. In 1946, after the victory of the war, Fudan left Chongqing and returned to Jiangwan, Shanghai.