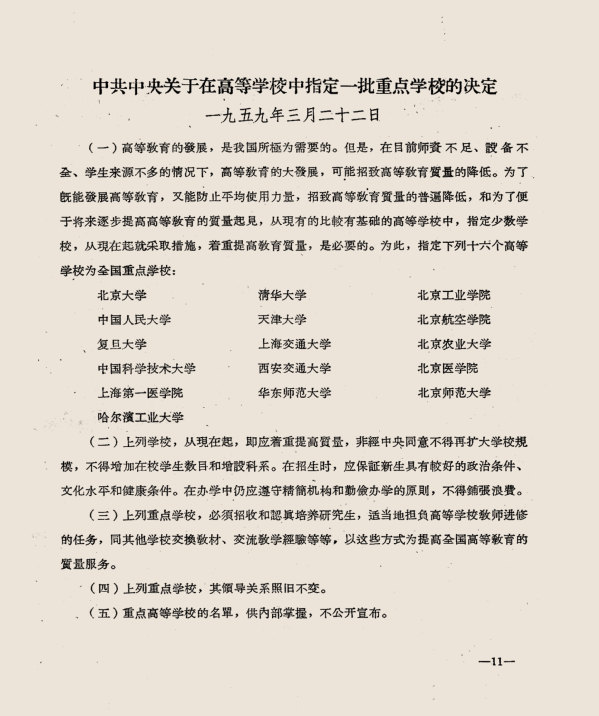 After the founding of the People’s Republic of China, Shanghai Medical College gradually adjusted its academic structure, aiming at three development directions: clinical medicine, medical education and medical research. To better engage with the society and safeguard the country and its people, the institution built a public health network, helped with the construction of other medical institutions, trained medical practitioners in the rural area and joined international rescue missions. In 1952, the institution was renamed as Shanghai No.1 Medical College. In 1956, 16 professors of the college was recognized as Level I professors by the state, their specialties covering almost all areas in Western medicine. In 1959, the college was acknowledged by the state as one of the 16 national key higher education institutions. The college also played an important role in the rescue mission during the Korean War, hospital construction in Chongqing and elimination of blood fluke.