Meet the most down-to-earth young scholar at Fudan university.

Dr. Zimeng Wang, a young researcher at the Department of Environmental Science and Engineering, Fudan University, claimed the Ebelmen Award 2020 for his contributions to geochemistry, the study of what’s beneath the earth’s surface.

The International Association of GeoChemistry (IAGC) is a pre-eminent international geochemical organization founded 1967. The Ebelmen Award endorsed by IAGC is awarded biennially to one geochemist of particular merit and outstanding promise less than 35 years old at the time of nomination. 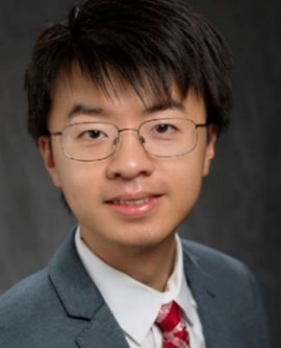 Wang received a B.S. from Fudan University in 2009, and a Ph.D. from Washington University in St. Louis in 2013. He did his postdoctoral research at Stanford University between 2014 and 2016 before teaching as an assistant professor at Louisiana State University. In 2018, he returned to Fudan and has been giving English-language courses such as Environmental Soil Chemistry at the Department of Environment Science and Engineering, in addition to supervising an environmental geochemistry program.

Wang takes a particular academic interest in aquatic geochemical processes, including fundamental aqueous speciation of heavy metals and radionuclides as well as pollution characterization and remediation at field sites.

Over the years, he has become an expert of mineral-water interfaces and published over 40 papers, with an H-index (an indicator for researcher’s impact) of 19. Other honors he received include Excellence in Review Award from Environmental Science & Technology, and the Li Foundation Heritage Prize for Excellence in Creativity.

The Ebelmen Award was established in 2007 as one of IAGC’s three major academic awards in honor of French chemist Jacques-Joseph Ebelmen (1814-1852). Ebelmen was a pioneer in studying chemical weathering of silicate minerals and basaltic rocks by carbonic acid. Based on his analysis of decomposition products of weathered rocks and their sediments, Ebelmen proposed the existence of a deep carbon cycle, through which volcanic gases return to the atmosphere and oceans and become carbon dioxide buried in organic remains and carbonate rocks. His work had been largely forgotten for 150 years, until it was rediscovered and promoted by American geochemist Robert A. Berner. Ebelmen’s name is one of the 72 names inscribed on the Eiffel Tower.

Recipients of the Ebelmen Award will be profiled on the Elements Magazine and invited to speak at major international geochemical meetings such as the Goldschmidt Conference.