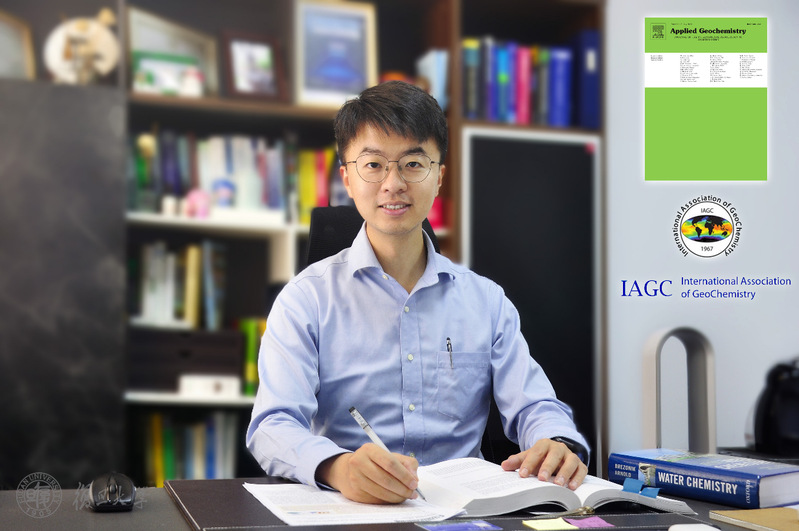 As recently announced by the International Association of GeoChemistry (IAGC) and Elsevier, Prof. Zimeng Wang from the Department of Environmental Science and Engineering was appointed Co-Editor-in-Chief of Applied Geochemistry. Prof. Wang has joined hands with Executive Editor Michael Kersten from University of Mainz in Germany to oversee the academic quality and strategy of the journal, effective as of July 1, 2020. Founded in 1986 as the official journal of IAGC, Applied Geochemistry has maintained its status as an impactful and reputable journal in earth science. It mainly focuses on applied and fundamental aspects of environmental geochemistry and urban geochemistry and is particularly popular in the community related to field site studies. At present, 75% of the corresponding authors are based in North America and Europe. The appointment of a Chinese scholar as its new co-Editor-in-Chief reflects the interests and appreciation of the journal and IAGC on the growing body of original and high-quality geochemical literature from China.

Found in 1967, the International Association of GeoChemistry is affiliated with the International Union of Geological Science (IUGS), aiming to promote international collaboration and development in geochemistry in the broadest sense. IAGC has seven working groups: Water-Rock Interaction, Global Geochemical Baselines, Geochemistry of the Earth’s Surface, Applied Isotope Geochemistry, Thermodynamics of Natural Processes, Geochemical Training in Developing Countries, and Geochemistry of Health and Disease. It bestows awards, including the Vernadsky Medal, Ebelmen Award, and the IAGC Certificates of Recognition, to scientists for their exceptional contributions to geosciences. Since 2008, IAGC has been electing Fellows annually to recognize geochemists who have made significant contributions to geochemistry, especially applied geochemistry, and the development of IAGC.

Born in 1986, Zimeng Wang obtained a B.S. degree from Fudan University in 2009, and received PhD and postdoctoral training at respectively Washington University in St. Louis and Stanford University. He was Assistant Professor at Louisiana State University before offered a position as Professor at Fudan University in 2018. Most of his research centers on environmental geochemistry, and in particular, soil pollution and remediation. He has received an IAGC Ebelmen Award, a Li Foundation Heritage Prize on Excellence Creativity, an Excellence in Review Award by Environmental Science & Technology, and research grants multiple times from National Natural Science Foundation of China and the Ministry of Science and Technology. Before this promotion, he had served as Associate Editor of Applied Geochemistry since early 2019. His contribution to the strategic planning of the journal was acknowledged by the then executive editor of the journal, the IAGC committee and Elsevier.  Earlier this year, he was newly elected as IAGC Fellow.