On the first day of the 2020 Shanghai Book Fair, the visitors were joined by a panel of distinguished guests from Fudan University and its affiliated medical institutions. Many were pleasantly surprised by the familiar faces of Wen Yumei, Wu Fan and Zhang Wenhong who have been among the most outspoken medical experts amid the city’s fight against the coronavirus.

By sharing their views on China’s grip on COVID-19 and how the country continued to safeguard people’s health, the guest speakers convinced the visitors at the fair with their own experiences that China would come out even stronger after the pandemic.

Here are some of the highlights of what they said at the 2020 Shanghai Book Fair. This is the 17th year the city has hosted the book extravaganza. 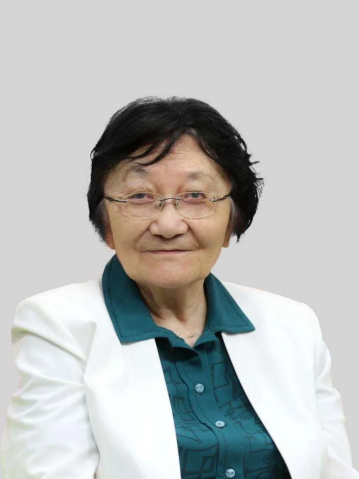 Wen Yumei said that China’s success at this phase in the fight against the coronavirus owed itself to good national governance practices of the central and local governments, progress in China’s medical technology, and dedication of people from various sectors nationwide, particularly medical workers and business leaders. “But there is still something that has played an even bigger role. Chinese culture, which is deeply rooted in the mind of every man and woman, though intangible, is indispensable in curbing the spread of the virus,” she said. 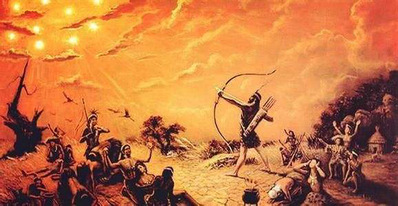 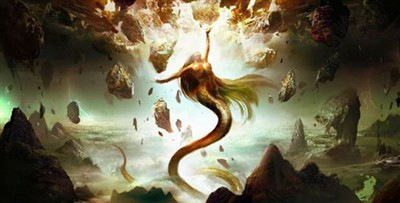 Godess Nv Wa repairs a hole in the sky to save the people on earth
Photo source: www.kidblog.cn

“Chinese culture champions people’s struggles against difficulties as seen in many Chinese romances and legends, such as how Godess Nv Wa repaired a hole in the sky to save the people on earth, or how Hero Hou Yi shot down nine suns but one to end the drought. Chinese people are immersed in these prehistorical myths from a young age, and when confronted with huge setbacks, they will be motivated by what they have learned from those protagonists.”

Wen concluded, “That was how the Chinese nation weathered the 1998 floods, the 2008 Wenchuan earthquake and the 2003 battle against SARS, and continued to prosper after these crises.” 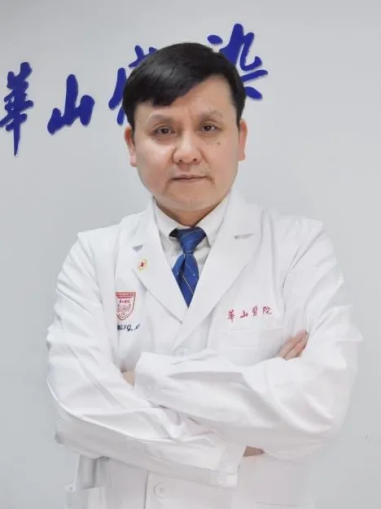 Zhang Wenhong, Director of Department of Infectious Diseases of Fudan-Huashan Hospital and Leader of the Shanghai Medical Treatment Expert Group

“Chinese culture and Chinese people are great indeed, but aren’t the culture and people of other nations great as well?” Zhang Wenhong asked. “Yes, they are but why haven’t they brought the pandemic under control as well as China has? Because the influence of culture correlates with other factors.”

Zhang pointed out that there were two major factors that really had brought the potential of Chinese culture into full play in the battle against COVID-19. One of them is the leadership of the Chinese Communist Party.

He said that although they are physicians, he and his colleagues were fearful when rushing to the front line of a health crisis, be it the 2003 SARS or the coronavirus pandemic this time. “None of us medical workers were obliged to go to Wuhan, the COVID-19 epicenter. Though my colleagues were willing to risk their lives for others’, I couldn’t actually force them to do so.”

“However, I was convinced from the very beginning that the members of the Chinese Communist Party should go.” Zhang said the Party members needed to shoulder more responsibilities as they have pledged to put the interests of the country and the people ahead of their own.

The second factor Zhang said was important is the power of technology. When SARS swept across the country in 2003, the Chinese mainland was then still not capable of identifying the virus, and it was a team from Hong Kong that finally unraveled its spreading paths and clinical manifestations. “This time, it only took us ten days to complete the isolation and sequencing of the virus strain. No other country was faster than us, which demonstrated our technological development for the past 17 years,” he said.

Zhang Wenhong felt optimistic when asked about how would the pandemic look like for the rest of the year. From his perspective, the situation will not worsen, as long as both medical workers and the broader society maintain the same level of vigilance as before. He said, there were a high risk of imported cases in China, and we still needed to adopt a defensive posture towards the pandemic. “We need to wait until COVID-19 is brought under control worldwide. As long as we remain vigilant, our society will be safe and sound.” 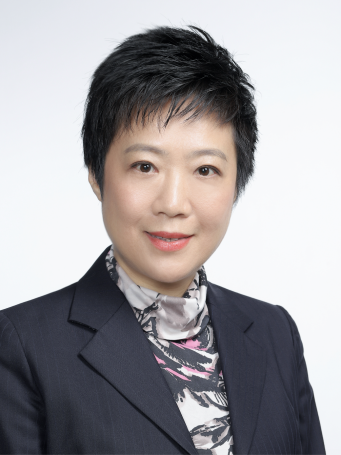 Wu Fan talked about how China eased the concerns of foreign experts. From February 16 to 24, she participated in a China-WHO joint expert team on COVID-19 to conduct inspections in multiple cities of China.

At first, she clearly sensed the doubts from foreign experts about China’s response to the virus and its effectiveness. “They asked if the situation could really be brought under control very soon, if locking down Wuhan along with its tens of millions of residents would be effective and if it was true that only a few people outside of Hubei province were infected. They didn’t believe what we were doing could actually work.”

“But as the inspections being carried out in Beijing, Guangzhou, Shenzhen, Wuhan and other places, the strict measures we implemented across the country convinced these foreign experts that China was capable of controlling the outbreak.

On the evening of February 24, the joint expert team held a press conference in Beijing after completing its mission in Wuhan. The speech of Bruce Aylward, co-lead of the WHO-China Joint Mission on Coronavirus disease 2019 (COVID-19), aroused heated discussions. Wu Fan still recalls Aylward’s words that the world was indebted to the people of Wuhan, and that if he was infected, he would hope to be treated in China.

“He said so from the bottom of his heart. During the visit, he not only witnessed our government’s confidence in tackling the virus, but was also deeply touched by the devotion of those who are fighting on the front line and those who had already sacrificed their lives to guard the safety of others. He beheld how tightly knit are the hearts of Chinese people,” Wu Fan said, adding “It was these experiences that finally expelled their original prejudice and bias.”