According to previous research, metal halide perovskite solar cells (PSCs) can reach a high power-conversion efficiency (PCE) of 25.5%, far exceeding other thin-film solar cells. Among all the metal-halide perovskites, FAPbI3 (where FA is formamidinium) has been shown to be an ideal candidate for efficient, stable PSCs. Obtaining highly crystalline, stable, and pure α-phase FAPbI3 films, which is photoactive, has been of vital importance. However, FAPbI3 undergoes a phase transition to the photoinactive δ-phase below 150°C.

The researchers realize a complete conversion from δ- to α-FAPbI3 at 100°C using the MASCN vapor treatment method. This phase transition can also be achieved using FASCN vapor. The vapor-treated FAPbI3 film remained in its pure black phase even after 500 hours of annealing at 85°C, whereas the reference FAPbI3 film decomposed to PbI2 during the heat exposure. 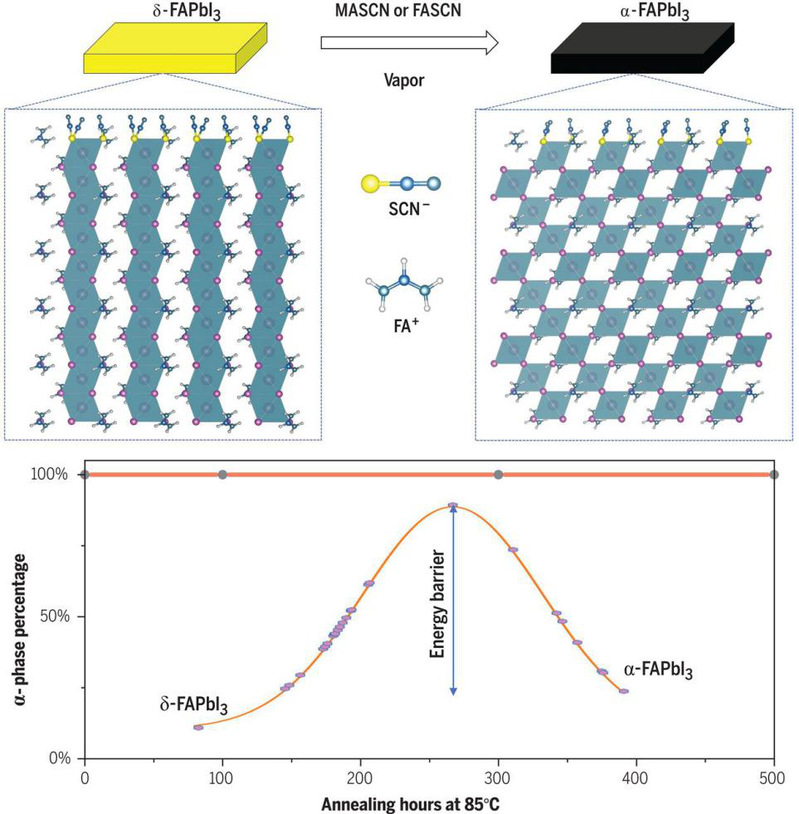 Vapor-treated FAPbI3 films were annealed at 85°C for 500 hours in an N2 environment. 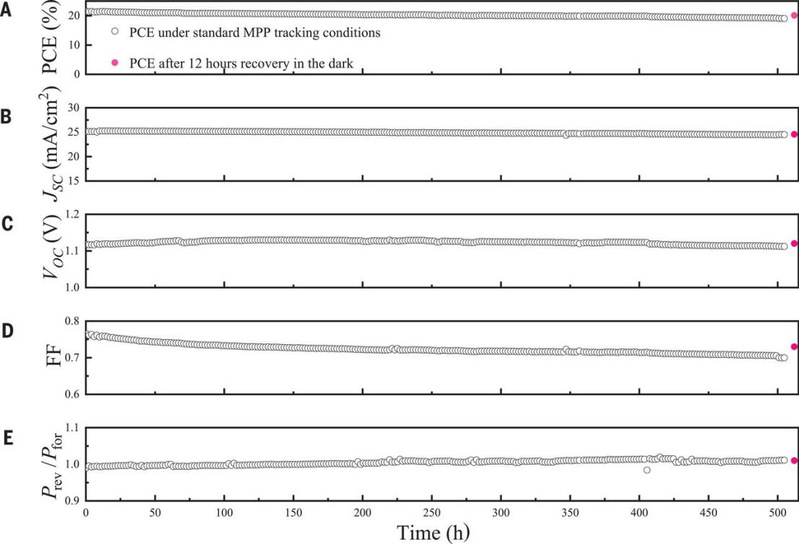 These findings are important for developing stable and pure black-phase FAPbI3-based PSCs. The vapor-treated FAPbI3 PSCs showed high efficiency and good long-term stability under MPP tracking conditions, promoting the extensive use of solar energy in all aspects of our lives. They can be used to develop efficient large-area and flexible photoelectronic devices, and provide sustainable, autonomous power supply for robots for example. Also, because of its high open-circuit voltage and high external quantum efficiency electroluminescence yield, pure α-FAPbI3 will be useful for other applications such as light-emitting diodes and photodetectors.