An education relay that changes lives

These students went to where they were most needed

Xihaigu, a land lying in the depths of the Liupan Mountains in southern Ningxia Hui Autonomous Region, has been known as one of the most barren areas in China since ancient times. It was once one of the national contiguous destitute areas, and was also evaluated by the United Nations Food and Agriculture Organization in 1972 as “one of the most unsuitable areas for living” due to its harsh environmental conditions— the annual average evaporation is 10 times of its precipitation, compounded by a very low average temperature of 5℃.

Nowadays, Xihaigu has undergone tremendous changes, which owes much to educational progress. As one of the first universities to respond to the country’s appeal for establishment of Postgraduate Volunteer Teaching Corps, Fudan University has started to support educational development of Xiji County in Xihaigu since 1999.

Over the past 22 years, 247 Fudan graduate students have dedicated themselves to teaching in the township middle schools in Xiji County. Fudan’s Postgraduate Volunteer Teaching Corps remains one of the few teaching corps that still holds fast to the frontline of educational undertakings in remote rural areas. 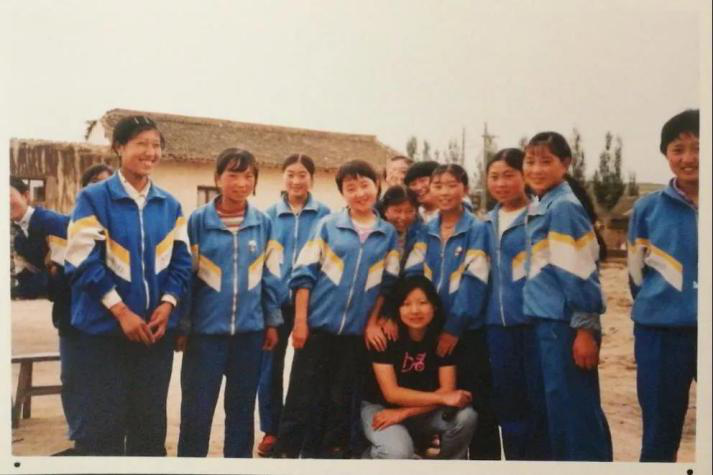 Dong Xiao, a member of the 2nd batch pose with the students from Xinying Middle School in Xiji County

Wangmin Middle School is one of the poorest middle schools in Xiji County. This is also where Fudan students have been stationing for 22 years. The members of the teaching corps from Fudan University have been introducing advanced teaching models to the school. Throughout these years, the members have taught more than 20,000 students, with the total class hours close to 200,000. 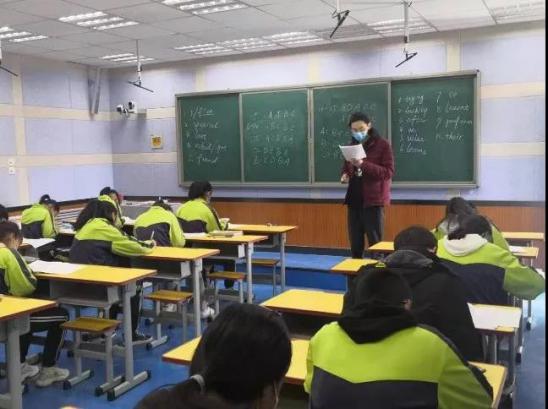 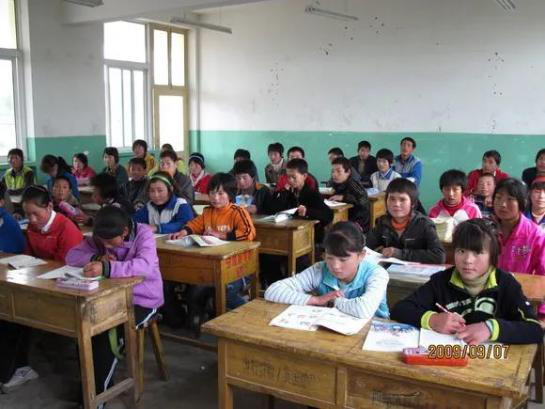 From 2017, under the guidance of these young teachers, many students of Wangmin Middle School, who had never heard of an English word before, have developed a strong interest in learning and speaking English.

In 2017, Li Lianshuo, a member from the 19th batch of the teaching corps, started with the basics of English alphabets and phonetic symbols. One year later, Zuo Zongzheng, a member from the 20th batch, taught the students ways to memorize vocabulary and prepared English reading materials during evening self-study sessions. Yang Yvlu, a member from the 21th batch, received from his predecessor a thick pile of roster on which densely written notes about each student’s personalities and their well matched teaching methods.

In the 2020 High School Entrance Examination, the English test scores of students from Wangmin Middle School were higher than the average of all students in the county. Some students got almost full marks. Not many students from schools in the parts of the county blessed with good education resources can achieve that.

In addition to teaching, these volunteer teachers visited the home of every student to learn more about their living environment and to raise their parents’ awareness of the importance of education. 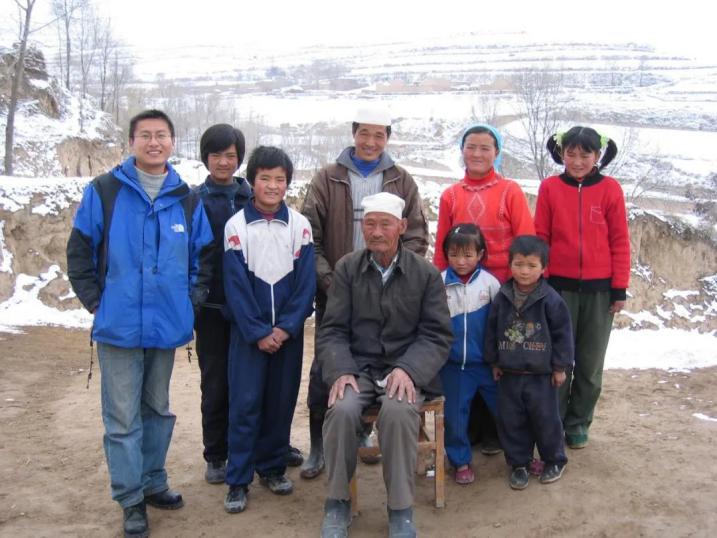 Yu Jiaqi (1st from the left), a member of the 8th batch paid a visit to the family of one of his students

Li Jiamei, a member of the 3rd batch, with her years of experience in the area and the local education, now acts as the deputy principal of Wangmin Middle School. During a parent meeting at the beginning of a semester, she talked about the potential and achievements of Wangmin Middle School, as well as the significance of students going to school. Parents who once did not want their children to go to school now are willing to give their children full support in receiving education at school. 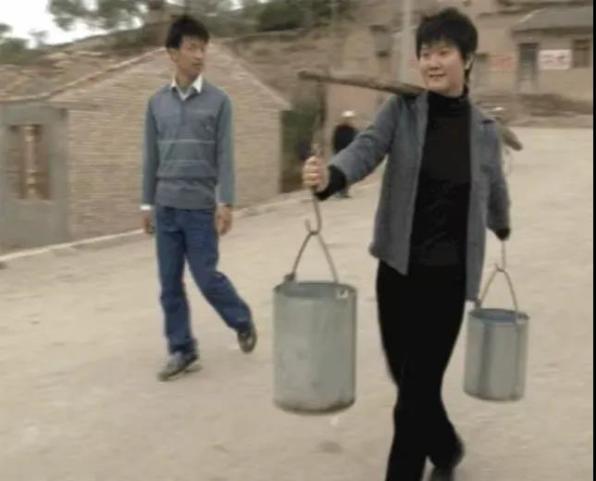 Besides teaching, the corps members have helped the students across Xiji County better themselves in an all-round way, setting up student organizations such as Student Unions, football teams, radio and broadcasting societies, and holding events such as chorus competitions, reading contests and sports games. 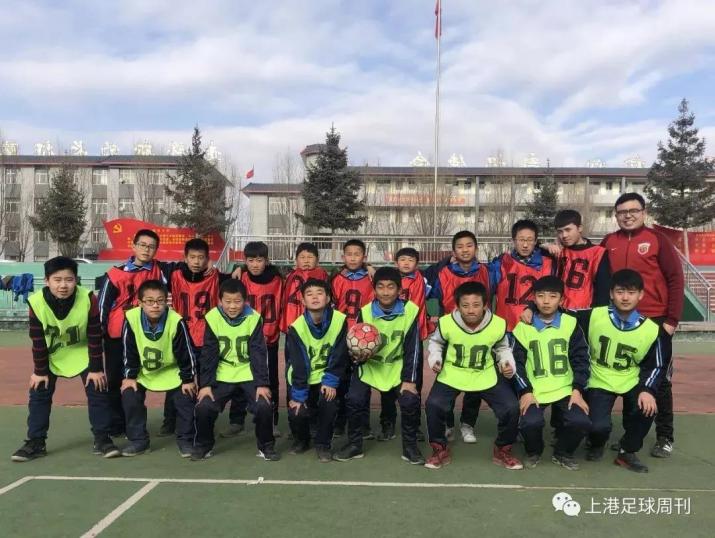 Moreover, the members have launched study trips since 2014 to broaden the horizon of the students in the county. For the 6 trips launched so far, 142 students have been offered a trip to Shanghai. In the summer of 2019, Li Sumei from Sanhe Middle School in Xiji County said to her volunteer teacher before leaving Shanghai, “I will study hard so that I can go to university and become an excellent person like you!” 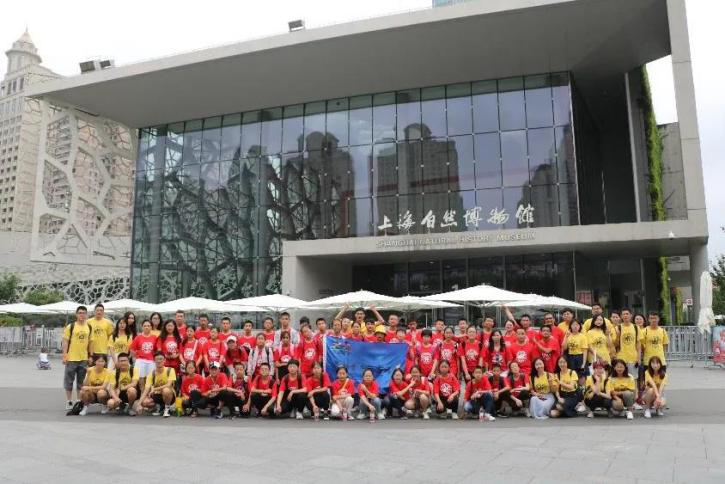 The corps has also assisted in gathering social resources to boost the development of the supported areas through the platform forged by Fudan University. Over the past 22 years, the corps has raised over 10 million RMB for local schools’ infrastructure construction. Furthermore, the corps has taken the lead in setting up various scholarships to encourage them to study harder and help them get closer to their dreams. An average of nearly 200 students receive a scholarship every year. 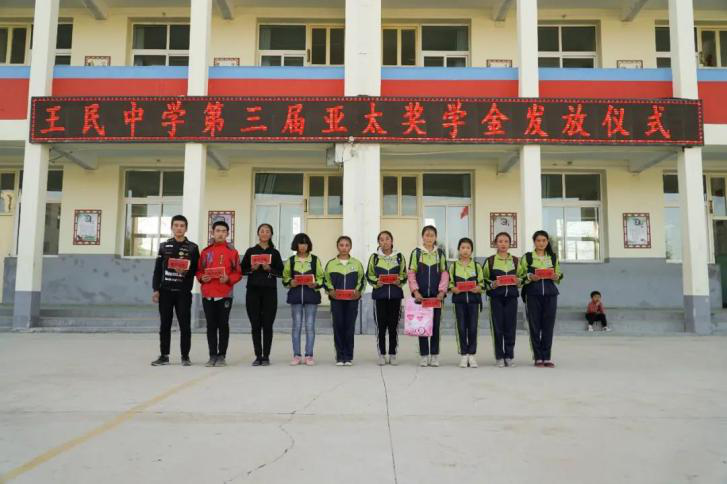 Students from Wangmin Middle School are conferred scholarships at a ceremony

Besides Xihaigu, places such as Xifeng in Guizhou Province, Baicheng in Xinjiang Autonmous Region, Yongping in Yunnan Province, Yushu in Qinghai Province and Xide in Sichuan Province also witness the footprints of Fudan’s Postgraduate Volunteer Teaching Corps, whose 348 members have devoted themselves with no regret to the educational development in the western China. “An education relay to change lives” is what they aim for. And the next runners are ready for the baton.