Go Club: between blacks and whites, Go guides their life

Whether your extracurricular interests are impulsive thoughts or long-term commitments, you can always find the student society you love at Fudan University and dive right in.

Every Tuesday and Thursday nights, the activity room of the Go Club, one of the “Five-Star Student Society of 2020” , is always brightly lit.

“You can place the stone at that point.”

“Do you think I should try to capture this stone?”

It is not until 10 pm when the caretaker closes the gate to the building that the Go Club members leave the activity room one after another, but that last game is usually still lingering in their heads.

If Zhang Liheng, one of the members, didn’t tell us what is the routine like for the Club, it would be hard for most people to imagine that this ancient board game usually played in an intense ambience can be happening along with the enjoyment of hot kebabs and carbonated soft drinks.

Due to the pandemic, the activity room was closed temporarily last year, so the Club’s “Freshman Cup” was held at two campus canteens. Make a move, take a bite, and have a sip. This interesting scene reflects the unique culture of the Club different from what people expect. 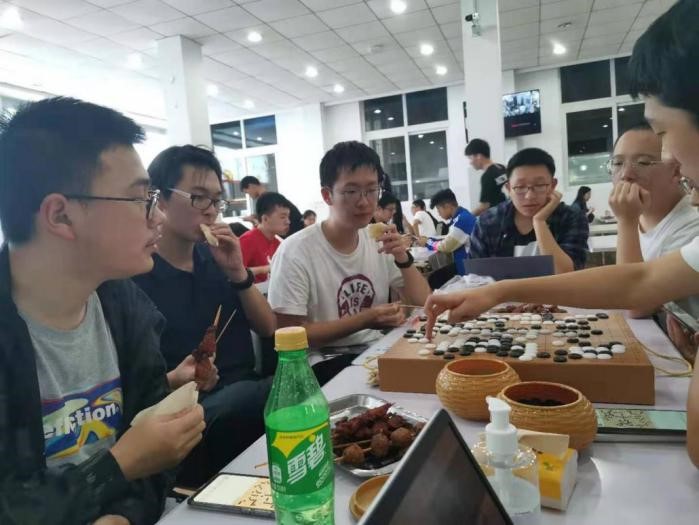 Go game with kebabs and Sprite

The Go Club continues the traditional Go etiquette. Before playing the game, players need to bow to the opponents.

“The opponents are not only on our path to becoming better players, but also good teachers and friends who help us better understand ourselves,” Wu Shiqing, President of the Go Club, said. 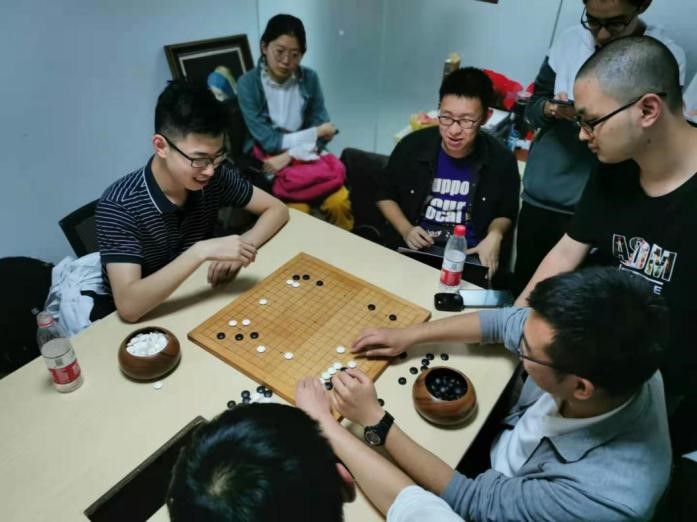 During the pandemic, Fudan’s Go Club sent 16 players to compete in the “Huixian Cup”National University Go Competition online. Although the players couldn’t meet each other, other Club’s members could join the game via livestreaming links, so that everyone could watch it. 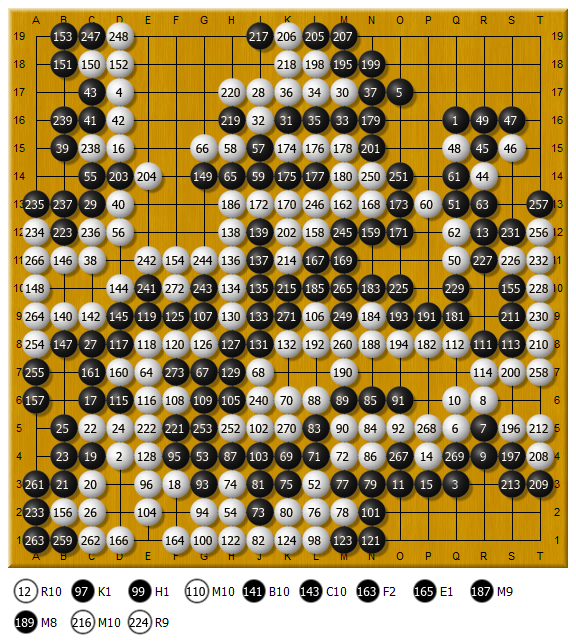 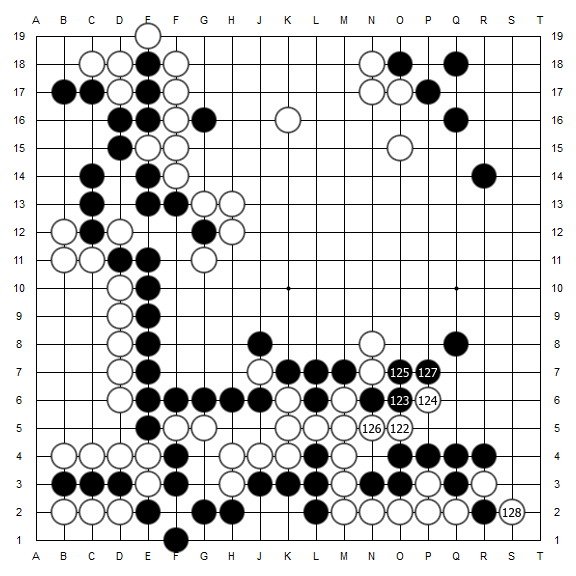 “Although playing Go often requires independent thinking, judgment and decision-making, when we know that everyone’s attention is on us and people are supporting us through live broadcasts, we feel powerful knowing that we have every member of the Club standing behind us. Even when it seems we are losing, we will try our best to fight to the end,” Wu said.

“Do not only aim for victory.”

“Enter the other side’s realm slowly.”

“Give up some stones in exchange for the final victory.”

All these are the Go strategies remembered dearly by the members. In the past year, Fudan Go Club collaborated with the European Go League and held the first “Fudan-Europe” Go Challenge online. Fudan sent 11 players to compete with others. Each game was live broadcast on the well-known platform “Yike Go” with nearly 600,000 people watching in total, and was reported by mainstream media such as Xinhua News Agency and Sina Sports. The Go Club also won the title of “Best Home Ground” in the Shanghai University Go Competition held from last October to December.

These competitions are not only the place to win honors, but also a platform for the members to “get in touch with the big outside world and meet interesting people”. In August 2020, in the Fudan-European Challenge Competition, which allows people all over the world to appreciate the beauty of this sport of the mind, the members of the Club had chance to got acquainted with European players. 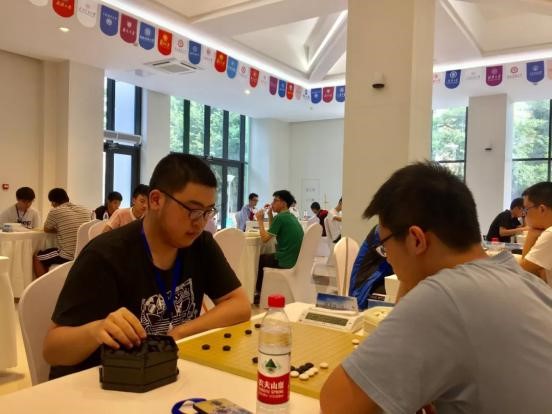 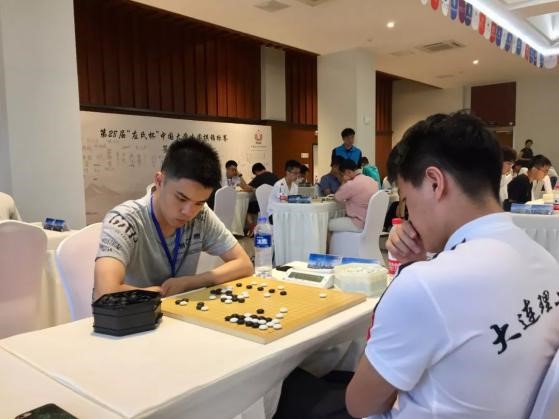 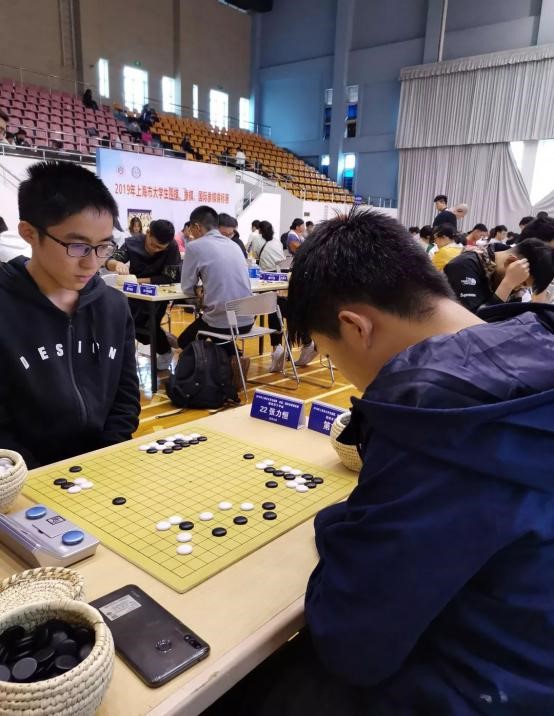 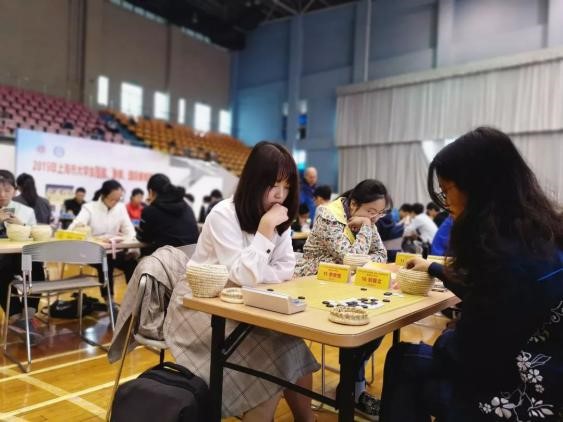 Go players “fight” on their battlefields

Domestic competitions also present a lot of opportunities for Fudan Go Club to make friends and put their skills to test. In the University Student Go Competition in Shanghai, it is a tradition that the home team welcomes the visiting team at transport stations and that players from different teams eat together and give each other their own university suvenirs. Wu was deeply moved by these warm scenes when he was a freshman. “I really like these competitions where I not only enjoy playing along with my teammates, but also share and exchange views on Go with new friends,” he said. 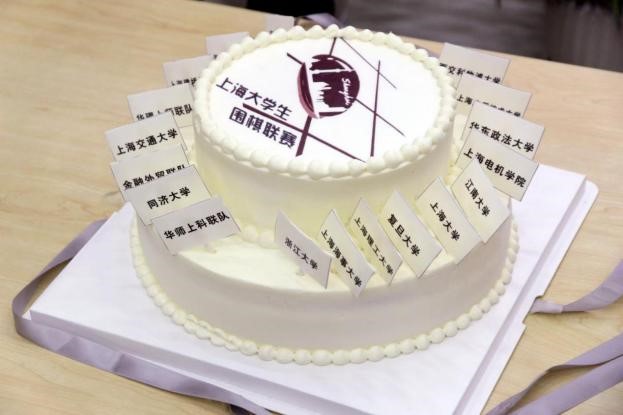 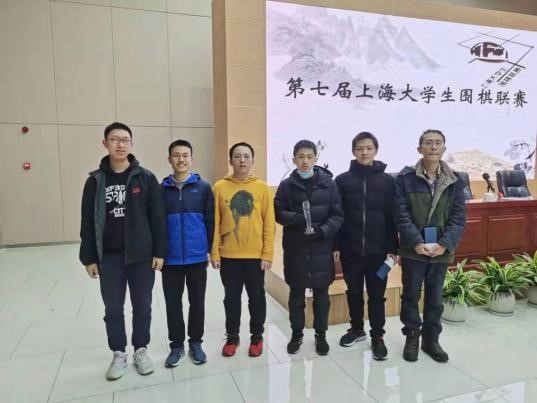 For the members of Fudan Go Club, Go’s black and white stones opened up a new world for them.