Congratulations to Yang Kangqi for representing China at IPSC 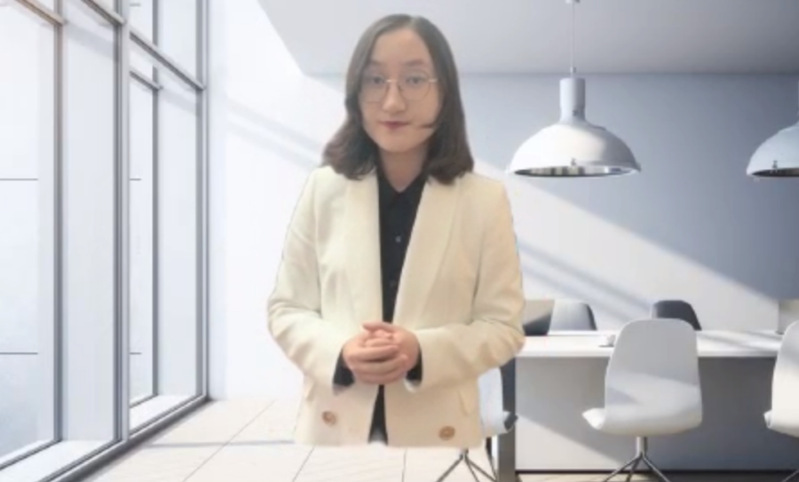 Yang Kangqi, an undergraduate student from Shanghai Medical College of Fudan University, will represent China to compete in the 2022 International Public Speaking Competition (IPSC) with contestants from over 50 countries and regions.

On April 10, in front of a virtual meeting background, Kangqi amazed the judges of the pre-selection contest for 2022 IPSC with her keen insights into social concerns, her proactive attitudes and values, as well as her English language proficiency.

And the place where she won the championship of the pre-selection contest was in fact her dorm room in the North Residential Quarter of Handan Campus.

On the evening of April 7, Kangqi received a notice from the organizing committee of the 26th China Daily “21st Century Cup” National College English Speaking Competition, informing her of the contest agenda which contains a 4-minute prepared speech and a 3-minute Q & A session.

IPSC, organized by the ESU (The English Speaking Union), is an international public speaking competition that brings together students aged 16 to 20 from across the world. To take part in the pre-selection contest, the contestants must have won the Grand Prize or the First Prize in the “21st Century Cup” National College English Speaking Competition. And there is only one place in the university group to represent China in IPSC. 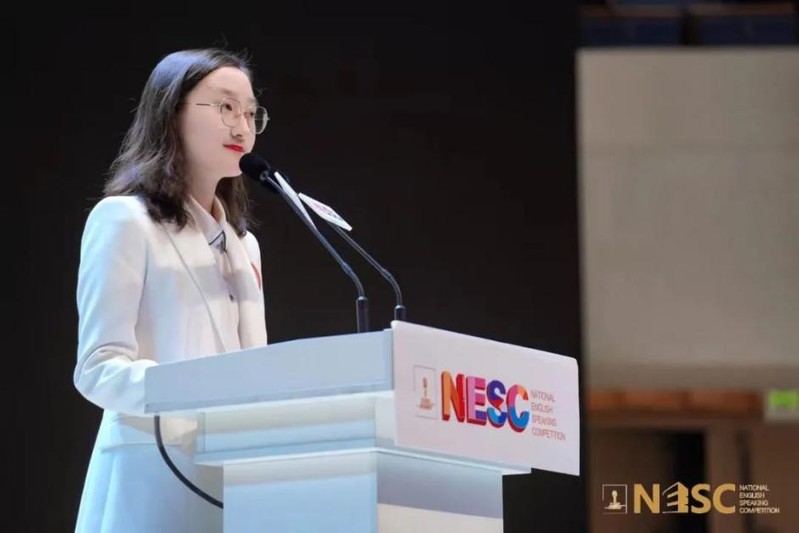 After classes were moved online, some students have found it difficult to focus when studying in their dorm rooms, but not Kangqi.

Since the closed-loop policy was implemented in late March, Kangqi has kept in contact with her coach Prof. Shi Lina online, practicing public speaking skills and polishing her drafts to make sure she would be comfortable with the real contest. 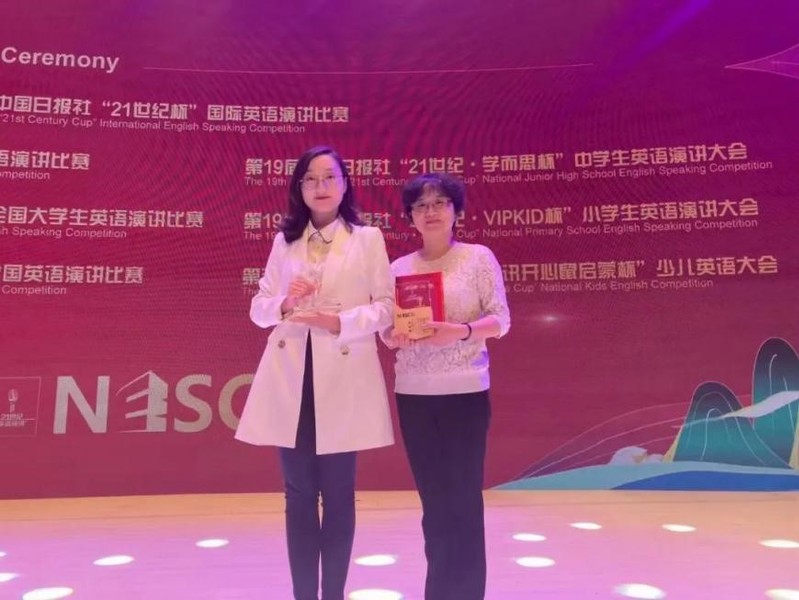 Conditions are limited as Kangqi had to participate in the contest remotely. On the evening before the pre-selection contest, in a virtual conference room, Kangqi and Prof. Shi tested Internet connection, audio quality and the camera angle, and kept rehearsing until midnight.

“How do you achieve autonomy amidst all those study tasks and burdens?” The judge at the pre-selection contest asked.

Kangqi replied, “In my definition, autonomy is not about how I arrange my time or my activities, because not even those types of autonomy are completely in my control. So in regard to achieving the real sense of autonomy, I think it’s simply by coordinating my attitudes and mindset, which is something that could be controlled by myself.”

This view on “autonomy” also enabled Kangqi to turn this period governed by the closed-loop policy into a meaningful and pleasant experience.

Besides the contest, Kangqi has been taking 24 classes a week. As the deputy head of the academic division of the Sub-Youth League Committee of Shanghai Medical College, she has also taken an active part in the organization of several online activities for the division. She has participated in Chinese and English debates. She has also been preparing for a summit she will attend this summer.

How does Kangqi make efficient use of time and juggle so many tasks every day?

She said, “My tasks are stacking up, and it really would be impossible to cope with, if I hadn’t been self-disciplined enough. I also tried to urge myself to adjust my state of mind by thinking of the people who work hard to ensure our relatively normal life.”

Kangqi’s success is also attributed to her habit of making schedules. Every night before she goes to bed, she would make a to-do list to keep track of her activities on the next day.

Waking up at 6 am every morning, she utilizes the morning time undisturbed to deal with tasks that require complete concentration, such as reading research articles. “Generally, nobody would contact me during this time. So I can mute my phone and focus on what I need to do.”

Her unique learning method also helps. When studying subjects that involve complicated physiological processes, she will retell what she has learned to her friends to make sure she thoroughly understands what is taught. Additionally, she expands her vocabulary not by deliberately spending time on memorization, but by intentional repetitive application upon new words or expressions.

During the closed-loop management period, Kangqi has been making the best use of her time to study. Her classes are mostly arranged between 10am and 3pm, so before her classes she would spend some time on reading scientific materials to prepare for her seminars and summer research projects.

After finishing all her classes, Kangqi would polish her draft with her coach and then do some extra reading in the evening.

In her speech for the pre-selection contest, she mentioned her staying-in experience, “I’ve learned to enjoy that glimpse of green bursting from the window, to utilize that limited space for simple exercises, to appreciate the effort of the volunteers. Adopting optimism and hope, I made the real choice to turn this hard time into a meaningful and delightful experience. The essence of a real choice is that it won’t be limited by external conditions and given resources.”

Now Kangqi is preparing for the IPSC international contest on May 9.

“I’m currently working on the sixth version of my script. I really hope I can seize this opportunity to make our voice heard by the world.”