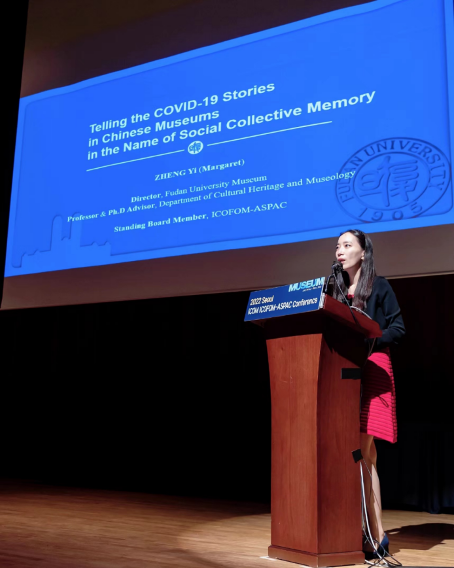 Recently, Asia and the Pacific Sub-committee of International Committee for Museology (ICOFOM) of ICOM (International Council of Museums) held its annual conference in Seoul, Korea and completed its triennial election. The conference was hosted by Seoul Metropolitan Government as well as ICOM Korea.

Zheng Yi, director of Fudan University Museum and professor of the Department of Cultural Heritage and Museology, was elected Vice President of ICOFOM-ASPAC. In 2019 in Kyoto, Japan, she was selected as the only standing board member from Mainland of China and the only representative editorial committee member ofICOFOM Study Series. 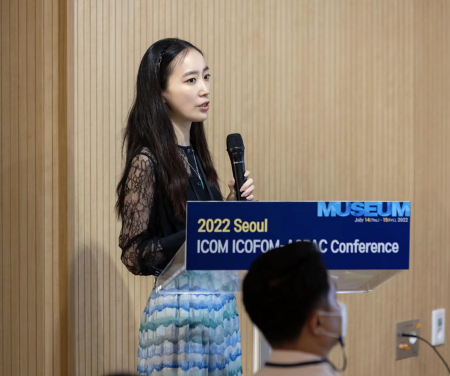 During the Seoul annual conference, Zheng delivered a speech entitled “Telling the COVID-19 Stories in Chinese Museums in the Name of Social Collective Memory”. She was also invited to participate in a roundtable where she gave a presentation entitled “New Museum Definition: What is a Museum?”

"Museums are important institutions that collect, preserve, study, disseminate and exhibit the collective memory of society. This role of museums has been greatly enhanced under the global crisis of the pandemic", said Zheng. She believes that “relevance”, “sympathy” and “empathy” are important to museums as they form a virtuous circle that boosts the capability of museums in connecting with the public.

Zheng also pointed out that in the age of experience economy, museums should not only be in the service of society and its development, but also allow the audience to be a part of them. She hopes that in the future, the audience will be further included in museums, and even participate in and contribute to museums.

Introduction to the Department of Cultural Heritage and Museology

Department of Cultural Heritage and Museology at Fudan University was established in 1984 which was among the earliest for meeting the increasing related teaching and research needs in China. It now has three main orientations: archaeology, museology and cultural heritage(including cultural relics & conservation and preservation), with muesology as the strongest nationwide.

The department also runs several provincial and ministerial scientific research platforms and strategically cooperates with world-famous universities as well as museums such as Smithsonian Institution, George Washington University, Leister University. It has taken an active role in international academic projects such as European Colonial Heritage Modalities in Entangled Cities funded by European Commission and makes its voices both nationwide and worldwide.