Conference on Cooperation in Higher Education in Asia-Pacific 2021 (APEC CCHE 2021) was held both online and offline in Vladivostok, Russia during September 2-4. This year’s Conference titled Ten Years Standing Together: Global Education Foresight was joined by over 140 eminent representatives in the education field from APEC economies and beyond to engage in a dialogue and work closely on offering insights into expanding and improving APEC educational partnerships. 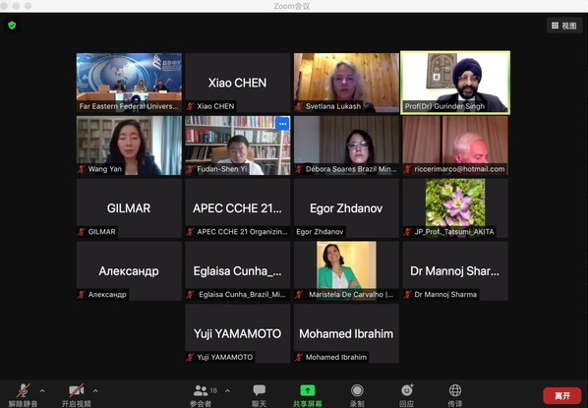 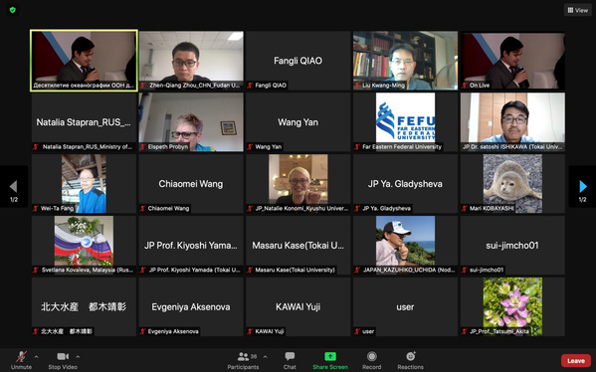 Gathered to reach new partnerships, address the needs of the future, and unleash the potential of higher education, the participants of APEC CCHE 2021 have identified key perspectives for APEC cooperation in education and ways to strengthen regional and global education systems.

Dr. Zhou Zhenqiang, Associate Researcher of the Institute of Atmospheric Sciences of Fudan University, introduced the impacts of severe natural disasters caused by frequent record-breaking extreme ocean and climate events on people’s life and economic and social development in recent years, as well as the research findings on extreme ocean and climate events during the “UN Decade of Ocean Science: APEC Input” session.

For the past ten years, APEC CCHE has been committed to strengthening ties between educational institutions of Russia and Asia-Pacific economies. It has become a reliable platform for discussing latest educational trends and challenges facing the regional educational community, while offering a visionary framework for policymaking.